Showing posts from August, 2015
Show all

A Light on the Field 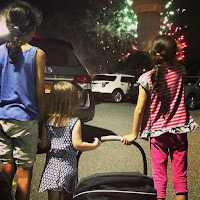 I went into my windmill motion, snapped my wrist and released the softball. "Ball!" the umpire called. This would be a much cooler start to my story if it had been a strike, but the honest to God's truth is that it was a ball. One more and I would have walked two batters.  Then, BAM, I was nailed square in the nose. Not by a line drive up the middle, but by a throw back from the umpire. Embarrassingly, me. The umpire threw the ball back to me without making sure I was paying attention first. That's my version of the story at least. Needless to say, my nose bled like a faucet for nearly ten minutes. Before that night I was a fourth grader who dreamed of pitching in high school. After that night, I was a fourth grader who wanted to play a different position. Fast forward to high school when I made the Junior Varsity softball team at Immaculate Heart Academy.  Call it luck, good karma, or the workings of a few sympathetic angels, anyway you slice it; I made the c
Post a Comment
Read more
More posts