Showing posts from September, 2014
Show all

In the Name of the Daughter 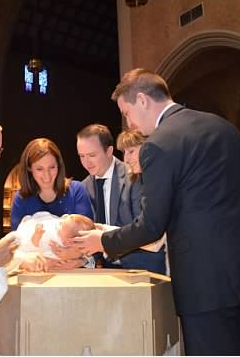 Sister Grace cocked back her right arm and pelted the grape straight back at the class. She was like Mariano Rivera putting away the side in the bottom of the ninth. There was a frenzy in her eyes and she wasn't quite finished. She picked up another grape that was lying beside her right foot and launched it so fast at Sylvester that it splattered on the front of his school uniform. "Owwch," was his reaction.  He returned her vigor with an equally calculated throw back at her. BAM, it hit her square in the forehead, causing the whole class to gasp. It did not splatter. It did not stick to her head. It bounced off like a tennis ball would from a racket. The height and bounce really was impressive.  Sister Grace charged Sylvester like a bull charging a matador's red cape, with her head down and nostrils flaring. Her habit flapped behind her as she reached and grabbed his elbow in one swoop and marched him out of the room in the next. Instinctively the whole class g
Post a Comment
Read more
More posts